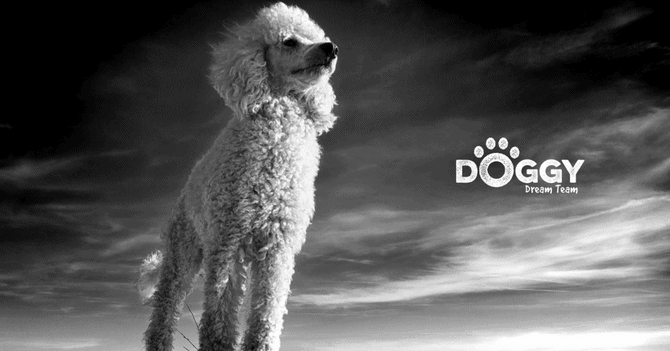 To keep your best buddy turning tricks, means looking after their health. Although a robust breed (after all, those gorgeous fur pom-poms of fur were originally all about protecting the joints of working poodles) but the breed is prone to health problems.

From the discomfort of wobbly kneecaps to developing diabetes, your pet poodle is more likely than other breeds to develop certain issues and illnesses. The good news is that most of these can be treated, but the bad news is the cost.

Modern veterinary medicine is sophisticated but expensive. Should your poodle pal need specialist care, don't let cost close the door to this option. Pet insurance for poodles makes good sense, especially when you take into account these poodle-related health problems.

To help you make an informed decision about whether pet insurance for your poodle is in your fur-friend’s best interests, here are more details about these conditions.

This condition could almost be called ‘Poodle knee’ it’s so common. What happens is the kneecap slips from a central position and pops into an inside position. This physically locks the leg, causing the dog to skip a step.

The odd ‘pop’ isn’t a problem. However, the kneecap rubbing back and forth soon sets up inflammation. And its inflammation that causes pain, so the poodle gets a sore knee. In the long term that ouchy inflammation causes bone to remodel and early arthritis to set in.

Mild luxations can settle down with judicious use of pain relief. But if the kneecap is very unstable then surgery is the way ahead to keep your puppy on their paws. Poodle pet insurance means this need never be a worry.

There’s something about poodles, once they get to the age of six or seven, that invites diabetes to develop.

This condition is a mismatch in the body’s ability to use insulin to reduce blood sugar levels. Either insufficient insulin production, or more commonly a failure of cells to respond to that insulin, results in soaring levels of sweetness in the blood.

The symptoms include excessive thirst and lots of peeing. Sometimes your first clue that something is amiss is the poodle having out-of-character accidents in the house. Then it occurs to you that the water bowl need topped up more than it should…

Controlling diabetes through diet and insulin injections is something your vet can help you with. Whilst not prohibitively expensive the costs do mount up over time. Also, there’s a fair amount of ongoing monitoring needed to keep tabs that the dog is getting the correct dose of insulin.

All in all poodle pet insurance can save the day if your dog develops this long term condition.

Addison’s disease occurs mainly in young poodles and is an inability to cope with stress. Whilst this sounds rather touchy-feely, this lack of resilience has very physical consequences such as collapse and coma.

The problem is caused by the dog not being able to produce enough of the stress hormone, cortisol. This results in waxing and waning symptoms such as recurring episodes of sickness and diarrhoea. Over time, the signs get worse, eventually leading to hindquarter weakness and difficulty walking.  Some unfortunate dogs then have an Addisonian crisis where they collapse completely and can easily lapse into a coma.

Diagnosis can be tricky because of the vague nature of the presenting symptoms. The first few episodes it’s not unusual to treat the dog’s symptoms, such as diarrhoea, without looking for a deeper cause. Then the repeated vomiting may even trick the vet into looking for a foreign body blocking the gut.

Treatment is possible with a monthly injection of a synthetic mineralocorticoid and oral corticosteroid tablets. However costs do mount as treatment stars when the dog is young and is lifelong. Having the best pet insurance for poodles should include finding a policy that covers each condition for life.

Genes inherited from the parent poodles code for deterioration of the light sensitive part of the eye, the retina.

The first signs a pet is having eyesight problems is often a lack of confidence on walks. The dog may hesitate to take an unfamiliar path as they can’t properly see the way ahead. The dog may also become clumsy, bumping into objects or missing their footings on stairs.

Whilst there is no treatment for PRA, it is important that a veterinary ophthalmologist checks the dog’s eyes. There is a slim chance that the dog may have a different condition, such as glaucoma or cataracts, where there are options for treatment.

Epilepsy is a condition whereby the dog has seizures but not identifiable cause is found. This condition is diagnosed after rafts of blood tests and an MRI scan.

A number of effective anticonvulsant medications are available. Newer, more sophisticated medications have fewer side effects, such as drowsiness, and won’t interfere with an active poodle’s mojo. However, there is a downside (isn’t there always!) in terms of cost.

With increasing sophistication and effectiveness of treatment, come higher development costs which are reflected in the price per tablet. Even a toy poodle can end up costing ££££s as the months and years go by…and that’s without the additional cost of screening blood tests to check for side effects.

This condition is caused by the pancreas not producing enough digestive juices. These enzymes are the ones necessary to digest fat. A lack of them means the dog can’t digest their food properly.

The signs of this include cow pat like poop that looks greasy. It also contains a lot of undigested food, so you may notice scavenger birds such as crows are attracted to unscooped poop in the garden.

As the dog can’t harvest all the goodness from their food, this leads to weight loss, poor coat condition, and being generally under the weather.

The answer is to put the dog onto a low fat diet and add pancreatic supplements to the food. This aids digestion but even then, the dog may struggle to keep weight on and produce a properly formed poop.

Bloat is a condition you may associate more with larger dogs such as Great Danes or Labradors, but it happens to poodles as well. It’s their deep narrow chest that does it, because they too have a stomach that swings around in the belly.

GDV is a life-threatening conditions where gas becomes trapped within the stomach. It causes toxins to build up and puts pressure on the major blood vessels to the organs. In a matter of hours the dog can become distressed, collapse, and die…unless they receive immediate emergency surgery.

As you can imagine, the intensive care necessary to save life comes with a big price tag that is likely to roll into thousands of pounds. Even basic poodle pet insurance should cover a one-off emergency like this.

Hip dysplasia refers to poor hip anatomy. Instead of the ball of the hip rolling smoothly in the cup like socket, it clunks and bumps around. This leads to inflammation and pain in the short term. And in the long term the dog can become disabled.

Pain relief can give temporary relief, but for the most serious cases surgery can save the day and restore mobility. There are a number of different surgical procedures which can provide relief, of which the gold standard is total hip replacement.

That’s quite a scary list of ailments, especially if you don’t have a bottomless purse.

However, you don’t have to suffer sleepless nights. Take out the right pet insurance policy and you’ll have it covered. But just be aware that you need to sign up BEFORE the dog develops problems. This is an example of repairing the roof whilst the sun shines, so don’t put off doing your research into the best pet insurance for poodles and put provision in place today!