Best Pet Insurance for Chow Chow: The Bear Dog with a Lion’s Mane and a Cat’s Character 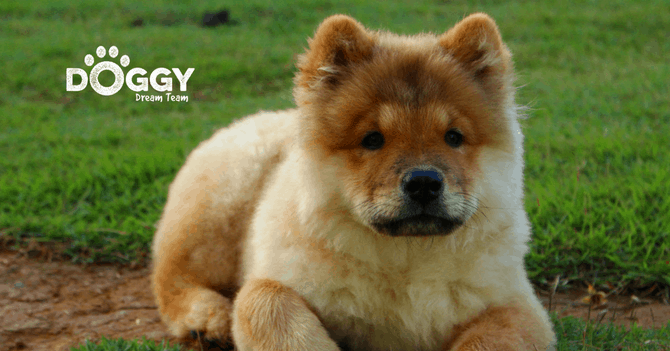 A common mistake Chow Chow owners make is to assume all pet insurance policies are the same. This is far from the truth with the Chow Chow. Certain conditions are so common, that in the small print some insurers refuse to pay up. To find the best pet insurance for Chow Chow, be sure to speak to the insurer and ask up front about what is covered and what isn't.

There are so many reasons the Chow Chow is a unique breed that it's hard to know where to start. For example the Chow Chow has been described as part bear with a lion's mane, with the aloofness of a cat and the lumbering cuteness of a panda.

Then let's not forget the elephant in the room - that remarkable blue tongue. It can be alarming when a non-Chow person sees the dog panting and an inky blue tongue lolling out. Of course for the Chow Chow this is normal and a mark of their identity, but the uninitiated it can look rather alarming.

Then there's the charming story of how that blue tongue came about... During creation the Chow Chow licked the blue sky and his tongue became stained.

Yet the Chow Chow also has a loyal and loving heart, once he's absolutely sure you deserve such devotion. Which is why it's important to obtain a Chow pup from a reputable breeder who goes out of their way to socialize the pups from an early age.

Why should I get the Health Insurance for my Chow Chow?

Put it like this:When a Chow Chow puts their trust in you it is a great honour. In return, you need to meet all their needs, including healthcare costs should they become sick.

But the Chow Chow doesn't look like a sickly dog!

Just like that blue tongue, looks can be deceptive. From in-turned eyelids to hormonal disorders, the Chow Chow is over represented when it comes to a range of health conditions.

The Chow Chow may be designed for freezing weather, but don't leave him out in the cold when it comes to pet insurance!

If this list has left you feeling helpless, then read on to learn what can be done to help

Oh, the irony! Imagine owning a dog that is renowned for its thick dense fur only to have their hair fall out. Not the best look ever. However, this is something that the Chow Chow have in common with the Pomeranian breed. Indeed, for the worst affected dogs can be left looking as if they’ve had a poodle clip, with the only hair on their body being pom-poms of fur on the extremities.

Call in “post clipping baldness”, “Alopecia X” or “hormone responsive alopecia”, this is a condition with more unknowns than knowns! By this, we mean that the experts aren’t really sure why it happens or for that matter what to do about it.

For some dogs the problem is poor hair regrowth after an area has been clipped, for example, they can be left with a shaved patch after an operation that fails to regrow. Or another common scenario is their shed coat isn’t replaced, leading to a progressive form of baldness.  Indeed, for the worst affected dogs, they can be left looking as if they’ve had a poodle clip, with the only hair on their body being pom-poms of fur on the extremities.

There have been many false starts in terms of treatment for this condition. What seems to happen is that some dogs recovery spontaneously, which means working out what actually helped and what’s a coincidence something of a headache. A great illustration of this is that for a while it was thought that neutering the dog led to an improvement, then knowledge swung the other way and giving pets a hormone supplement was of benefit!

What is important is to screen the dog for conditions that have baldness as a complication but are treatable, such as underactive thyroid glands or demodectic mange infections.

Screening tests include skin scrapes and biopsies, and screening blood tests to look at organ function. Only by doing these tests can the vet cross treatable problems off the list.

This is a form of cancer that affects pigment-producing cells, and it also happens to be one of the commonest forms of cancer in the dog. The place it’s most likely to rear its ugly head is in the mouth, where large, dark tumours can grow to quite a size before they become noticeable.

Indeed, a typical scenario is the dog that develops bad breath – the type of offensive halitosis that clears the room. What’s often happened is the melanoma hiding in the mouth has ulcerated and become infected, hence the unpleasant odour.

Treatment needs to be thorough and timely. Your vet will want to take a biopsy of the lump, and also screen the liver, lungs, and lymph nodes for signs of cancerous spread. The earlier the lump is found and removed, the better the chances of catching it before it spreads.

However, investigating the tumor and then removing it can become quite costly, which is where pet insurance for your Chow Chow gives you peace of mind and allows you to decide treatment based on what’s best for the dog, rather than your pocket.

OK, hands up, the Chow Chow isn’t the most active dog in the world, but even they have limits when it comes to sloth. The Chow Chow that seems glued to their bed and prefers to spend the day lying against a radiator, may well not be lazy but suffering from underactive thyroid glands.

* A balding coat, especially the tail and body

Fortunatley, with the correct blood tests this is not a hard condition to diagnose. It’s also doubly good news because this is easy to treat. All it takes is a daily pill to supplement that missing hormone and your Chow’s back in form in no time.

But be aware, the dog needs treatment for life and some monitoring blood tests are necessary, which is where a pet insurance policy with lifetime cover comes in handy.

If you are perplexed by the range of pet insurance policies available, check out our sister post: A No-Nonsense Guide to Finding the Best Pet Insurance for Dogs

Ever had grit in your eye? It’s not nice, in fact, it’s downright unpleasant.

Now imagine living with a constant supply of grit in your eye. Ouch!

This is what it feels like for most Chow Chow with a condition called entropion, or inturned eyelids. Instead of their eyelashes safely sweeping over the surface of the eye but without touching it, they are angle inwards. This means the delicate cornea is scrubbed by hairs each time the dog blinks.

This is such a common problem with the Chow Chow that pups often have a temporary stapling procedure, a kind of mini facelift, in to give some relief whilst the pup grows. Then once they are an adult, more permanent surgery is needed to remove excess skin and allow the eyelids to rest in a more natural position. Some cases can be so bad that actual hairy skin (not just eyelashes) rubs back and forth across the eyeball. These dogs need a referral to a specialist surgeon for a full face lift!

Some cases can be so bad that actual hairy skin (not just eyelashes) rubs back and forth across the eyeball. These dogs need a referral to a specialist surgeon for a full face lift!

No surgical procedure is cheap, and this is no exception. Insuring a Chow puppy is a good way to protect yourself, however, there is a ‘but’ and it’s a big one. Entropion is so common that many insurance companies put an exclusion on the policy once they learn the dog is a Chow. There’s no way around this, other than to shop clever and ask the insurer directly if they will be covered for this condition. If they don’t provide cover then consider looking elsewhere.

Both the Chow Chow and German Shepherd are breeds that can suffer from bone pain as they grow from a puppy to adult. Typically it smites dogs between 6 – 18 months of age and leads to limping, lameness, and pain when your touch their long bones.

The reason why panosteitis happens is not known. This aside it is a very real condition which can be diagnosed both from the symptoms and classic changes on x-rays. Happily, this is a condition the dog will outgrow, but until he becomes an adult he may well need ongoing pain relief to deal with the discomfort. This is most commonly given as a non-steroidal anti-inflammatory drug, as these are effective and safe when dosed correctly.

Unfortunately, the Chow Chow is one of a myriad of breeds that are prone to hip dysplasia. This means the hip joint is poorly formed and instead of moving smoothly, clunks back and forth. This leads to inflammation which leads to pain and difficulty walking. Over time, this predisposes to early arthritis and can be very disabling.

There are a range of treatment options which include:

* Physiotherapies such as hydrotherapy or massage

Be prepared for ongoing medical costs or the expense of hip replacement surgery. When a major operation can make the difference betweeen a disable pet and one that’s fully active, this is a pawfect example of why having the best pet insurance for Chow Chow is so important.

The pancreas produces digestive juices specially designed to break up dietary fat and harvest the goodness out of it. Some Chows aren’t able to produce enough digestive enzymes to get the job done. This means fat and other foods aren’t fully broken down and pass through the gut as diarrhoea. Because calories go shooting straight through, these dogs tend to lose weight and be super skinny.

Diagnosing EPI (exocrine pancreatic insufficiency) requires some rather expensive blood tests, followed by life-long supplementation with a costly oral supplement…soooo it’s no surprise that pet insurance makes life so much less stressful in these circumstances.

How to Find the Best Pet Insurance for Chow Chow

Pet insurance for Chow Chow is best taken out when they are a puppy.  This means you have peace of mind should problems emerge at a young age (such as EPI, panosteitis, or hip dysplasia). Then with a policy in place you have provision in place as they age. However, be extra savvy when reviewing policy small print.

Because the Chow Chow breed is so likely to get certain problems, many insurers automatically apply exclusion clauses for some conditions right from the start. If in doubt, ask the company direct questions about what exclusions would be applied…and if you don’t like the answer look elsewhere.  There are companies who will cover all the issues mentioned above, so just keep looking