Is a Teacup Dog Right for You? 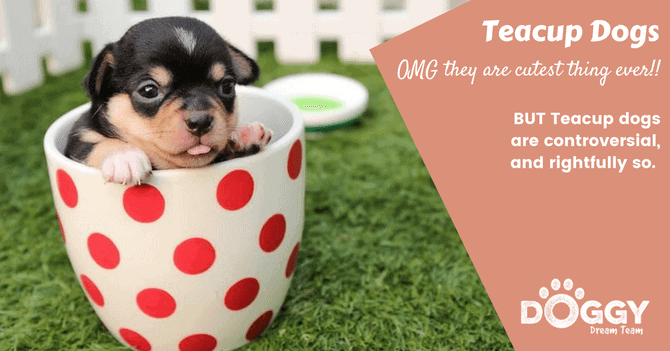 Take a cute thing – like a toy dog breed – and make it smaller. Does its cuteness diminish? No! Instead, when it comes to small dogs the smaller something is, cuter it is!

Whilst teacup dogs are arguably the cutest thing ever, it’s important to look deeper than appearances. Teacup dogs are controversial, and rightfully so.

Along with that miniaturisation come ethical questions about breeding for profit, along with increased fragility of the dogs themselves. If you’re brewing up a plan to get a teacup dog, let the idea stew while you give all the implications careful thought.

What are Teacup Dogs?

The name ‘teacup dog’ comes from the pooch being tiny enough to pop in a teacup (In truth, there are some pretty big teacups out there!)

Technically, any adult dog from a toy breed that weighs less than the breed standard gets the moniker ‘teacup’.
Examples of toy breed dogs include:

There are 23 breeds in total, of which some are more likely to fit into the size of a bucket than a teacup!
In reality, breeders take a different tack and judge purely by weight. Thus a teacup dog is one that tips the scales at less than 1.8kg.

Those breeds most likely to be teacup dogs are the big (!) 6: 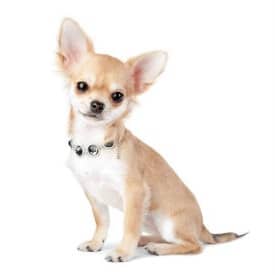 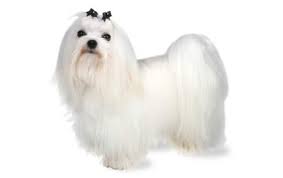 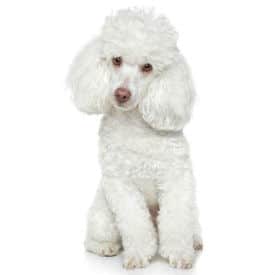 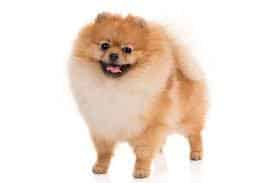 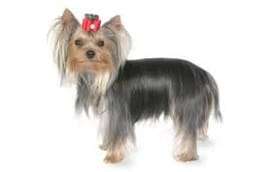 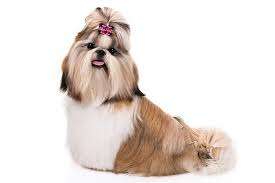 But here’s a thought from history.

Did you know that beagles were originally far smaller than they are today?

The very first beagles were known as ‘Pocket beagles’ because of their diminutive size. These dog were carried around with their owners and were the original pooch-purse-breed. However, breeders wanting to enhance the hounds’ hunting capabilities and added other breeds to make them larger.

Oh, and don’t you think a teacup pug might just be the cutest thing ever?!

How are Teacup Dogs Bred?

This is where things begin to come unstuck.

Firstly, unscrupulous breeders may try to make a fast buck. Instead of selling the runt off cheap, they may put an exorbitant price tag on them labelled as a ‘teacup’ dog.

Whilst an owner knowing to buy the runt of a litter may have certain expectations of their health, the same can’t be said when paying over the odds for a teacup dog.

Secondly, the smallest and weakest pups from the litter, as also those most likely to have health problems. Thus, there are welfare issues to consider for the dogs themselves. Plus, the potential heartache (and expense) when a pet parent takes home on a sickly ‘teacup’ pup.

Why are some teacup puppies so small?

Those puppies born with a congenital health problem won’t grow to their full potential. Of these, one common example is a portosystemic shunt (PSS). This is caused by a blood vessel that bypasses the liver when the puppy is in the womb, which fails to close after birth.

These dogs suffer from seizures and live shortened lives. Corrective surgery is available but costs ££££s and the dog insurance premiums for teacup dogs can be excessively high because of the association with medical complications.

Please explore some of the articles we have written relating to specific problems associated with teacup dog breeds and the cost implications from a medical and pet insurance perspective:

Indeed, the risk of a teacup pup having a significant health problem is so large, most vets advise steering well clear.
Their tiny size makes them fragile. Their bones are delicate, and a fall which would be unremarkable for a regular dog, can cause serious injury or even death. Teacup dogs are far more likely to suffer broken bones than other dogs, and those fractures are more difficult to treat.

Their small size means they’re not suitable to live alongside young children, especially boisterous ones, as the risk of injury is too high. Indeed, teacup dogs should not be left outside unsupervised as they are vulnerable to predators such as hawks, owls, foxes, or even large cats.

Another aspect of small size is that of miniature bladders and bowel. These little guys can’t hold on for long and require frequent toilet breaks. It’s also no surprise that they have a reputation for being difficult to house train.

And last but not least, these guys have small ‘batteries’. They need to be fed regularly, or their energy supply runs down. This leads a low blood sugar and a condition similar in appearance to a diabetic coma. Can you be sure of being around to spot if a teacup dog suddenly collapses?

For those set on buying a teacup dog rather than merely a small breed, then be sure to source a pup responsibly. Choose a reputable breeder and make sure you aren’t accidentally supporting the puppy farm trade.

Caring for a Teacup Dog

Your teacup dog may be small but they are high maintenance. You need to be home or take the dog with you, since they need regular meals and toilet breaks. Think carefully about how a tiny dog or even a small dog breed would fare in the hustle and bustle of a busy household, especially one with young children, and don’t get a teacup dog if they face unreasonable risk.

And last but not least, insure your teacup dog. Those broken bones can be fixed, but for a price that may make your eyes water.

Are Teacup Dogs for Everyone?

It’s a special kind of person that makes a good owner for a teacup dog. Cute as they are, consider the welfare of the dog and how they will cope in your home.

Remember, a teacup dog isn’t everyone’s cup of tea, and neither should they be.