Alabama Rot in the UK: Facts, Stats, and the Future 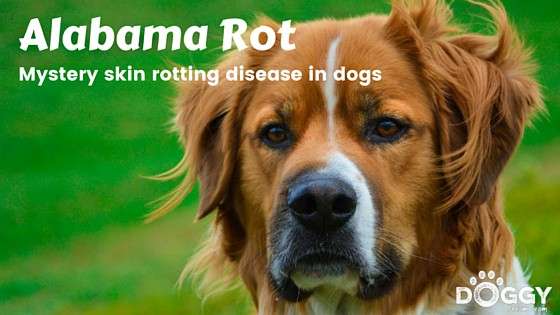 This mysterious skin rotting disease with a high mortality rate has been baffling vets and worrying dog owners since the UK’s first case, diagnosed in November 2012. Whilst the cause of this illness remains unknown, at last there is hope for the future as science starts to catch up with this deadly disease.

What is Alabama Rot?

Vets hate the term ‘Alabama Rot’ because it’s so unscientific and emotive. They prefer the more descriptive Cutaneous and Renal Glomerular Vasculopathy (CRGV), but this lacks ‘Wow’ factor.

However, what CRGV does is describe how this disease attacks the body by forming tiny blood clots in the skin and kidneys.

“CRGV is a disease caused by damage to blood vessels of the skin and kidney. It causes tiny blood clots to form in the blood vessels which blocks them and can ultimately lead to damage of the affected tissue.” Anderson Moores’ factsheet.

Part of the problem is that the trigger factor or infectious agent remains unidentified. This leaves vets on the back-foot, treating the symptoms rather than the cause. But research is ongoing and things are moving forward, as you will shortly learn.

What this means in real terms is you face an unseen enemy that causes sudden onset skin sores and renal failure in dogs, which vets seem powerless to cure.

OK, we may not know what causes Alabama rot, but let’s take a look at what we do know.

The first signs occur on average three days after infection. These tend to be skin related, but can include lack of energy, poor appetite, and vomiting.

In a nutshell the signs are:

These skin sores are painful causing the dog to lick repeatedly. 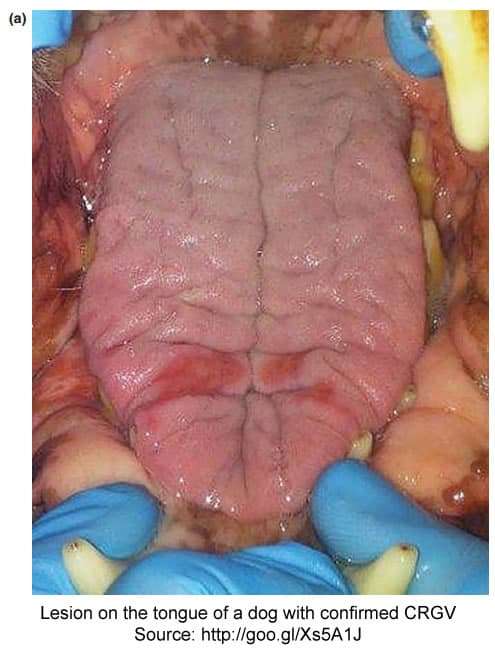 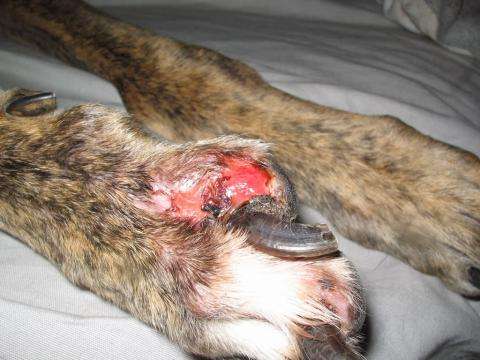 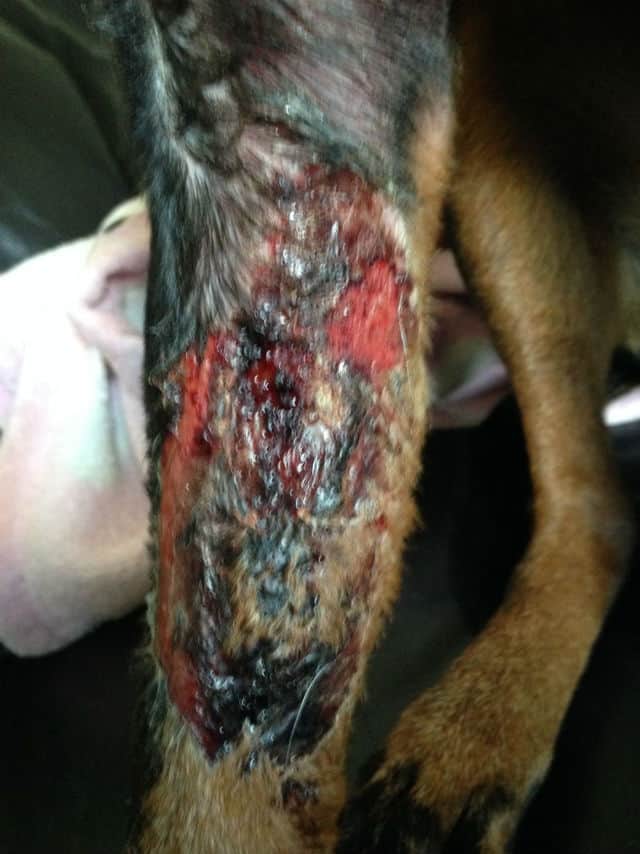 Bear in mind that these signs are vague and there are many other dog illnesses with similar symptoms, but if you become worried your dog has Alabama Rot get your dog checked sooner rather than later.

Alabama rot used to be localised to the south coast and New Forest area of England, but now cases have been reported countrywide. To check for cases in your area take a look at the map below.

So far research has eliminated the following as the cause of Alabama Rot.

However, one organism that is testing positive in cases of Alabama Rot is Aeromonas hydrophila. This bacterium is associated with disease in fish and amphibians and loves fresh or brackish water, which could account for a high incidence of cases in dogs exercised in marshy or damp woodland.

“Since this is such a new syndrome we are trying to build up a picture to see if …it is more widespread than first thought, but only affecting some dogs.” Dr. Fiona MacDonald

It probably won’t surprise you to learn that diagnosing this disease is tricky. A definitive diagnosis is made by biopsy, with affected tissue being examined for the presence of micro-blood clots. At the moment there is no definitive test, because the cause is not known. However, vets that are suspicious of Alabama rot may take the following steps.

The skin lesions often respond well to antibiotics with 75% of these dogs making a full recovery. This leaves 25% that develop serious kidney complications. There is no ‘cure’ and therapy aims to support organ function whilst giving the dog’s immune system a chance to rally.

Typically this means intensive care plus:

It is difficult to fight an unseen enemy.

Cases seem linked to brackish water or mud, especially after heavy rainfall. It therefore seems a wise precaution to wash your dog’s legs after walking in muddy woodland.

Apart from that, if your dog develops skin sores or seems off-colour with 10 days of walking in woodland (signs usually develop after 3 days, but can range from the same day to ten days later) consult your vet.

Cases of Alabama Rot are often referred to specialist centres for intensive care. Of these, Anderson Moores are the leading Alabama Rot veterinary specialist within the UK. They are spearheading research into the condition and are a hub to which all UK cases are reported.

Other research projects are also happening with The Alabama Rot Research Fund currently trying to raise £240,000 to fund a PhD candidate and other research into the condition.

How concerned are you about this condition? Do you live in an Alabama rot hotspot? Do leave a comment and share your thoughts with the Doggy Dream Team community.